Corporate customers are procuring moresolar than ever. Companies are raising capital for commercial solar. And community solar is booming. It’s a heady time for investment in distributed commercial solar.

Now more than ever, it’s important to understand what commercial customers want, and how these solar projects are financed. According to GTM’s new report, Commercial Solar Consumer Finance Trends, third-party ownership in commercial solar has been increasing since 2015, driven primarily by the intense growth in community solar. Community solara accounted for almost 20 percent of commercial installations in 2017, 99 percent of which were third-party owned.

But this doesn’t tell the whole story — trends in consumer finance and customer preferences are nuanced across customer types and project sizes. 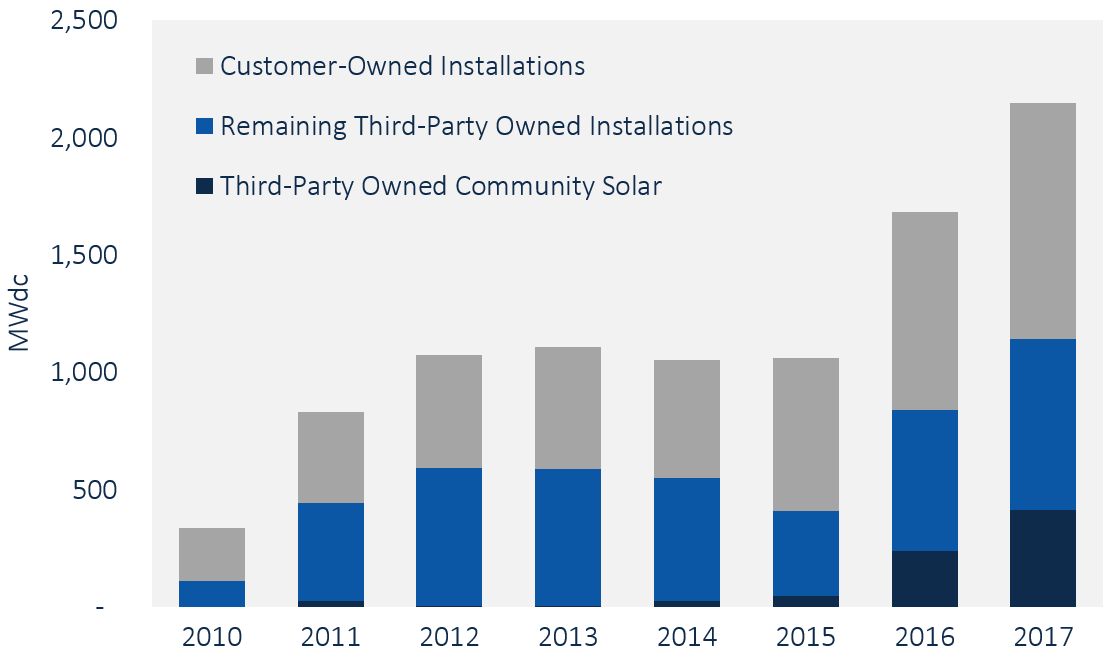 But outside of these specific commercial solar segments, the increase in third-party ownership is expected to be more moderate. Since small- and medium-scale projects (<1 megawatt) are more difficult to finance, this segment will remain mostly customer-owned for the next five years.